British artist Michael James Talbot uses a very interesting technique in the production process of his sculptures. He originally creates them in clay and then models them in molten bronze.

Each piece is then finished with artificial patination in different tones and gradations, often acquiring an appearance of aged marble joined to oxidized metal. The result is serene figures with organic shapes and textures that convey emotions full of lightness and movement.

Sculpture for me, is essentially a theatrical construction, an attempt to show and illuminate a chosen moment in time. I draw my creative inspiration from theatre, myth, dance and illusion. The inspiration for the Briseis and Ariadne sculptures were taken from plumes of water in a night-lit fountain which, with the distortion of the mind’s eye, figures appeared in the tumbling crest of a column of liquid energy. This, I have tried to capture in bronze, through the lost wax process, a technique from Ancient Greece, to render a timeless human narrative from the Myth of Greece. I like to give my sculptures choreography of form, tension and balance to lead the eye and capture a moment in time, sometimes I work with the fragment form rather than an entire figure (like Harlequin and Veil). This is a favourite artistic device often inspired by shadows of the model on the studio wall – because less is sometimes more.

How do I love tree 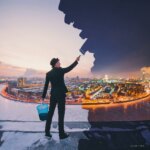 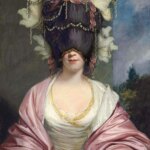