There is something ineffable emanating from the wild atmospheres of the high altitudes. ─
Vaporous feelings mingle: fascination, anguish, humility. An omnipresent eerieness awakens buried instincts in us, bringing our mind back to the stage of a fearful contemplation in the face of the brute forces that seem to inhabit these immensities. It is from this introspective state of consciousness that “Forgotten Lands” – “Terres Perdues” in its original French title – drew its roots ten years ago. With pictorial and cinematographic influences, the concept is also to tell a story in each image; bringing together fragments of unsuspected visions with the idea of evoking a primitive world, prior to the Anthropocene. For this purpose, the most tormented elements act as a revealer, exacerbating the wild presence that reigns in this vertical universe. 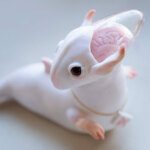 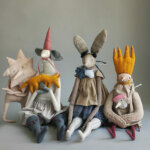