Fusako Aizawa was a 97-year-old Japanese grandma (1922 ~ 2019) who, since the age of 60, spent a good part of her leisure time creating elaborated temari sculptures. On Fusako’s 88th birthday, her family put together an exhibition of her creations.

Her granddaughter NanaAkua – a freelance graphic designer and illustrator based in Matsumoto – decided to individually photograph nearly 500 of her temari as a special gift and tribute to her, which ended up going viral on the Internet due to the beauty and delicacy applied to each piece.

If you don’t know what is a temari (手まり), that’s a kind of folk art and Japanese craft – that means “hand ball” in Japanese – originating in China and introduced to Japan around the 7th century A.D. Primary created to play games, those embroidery balls gradually became into decoration articles and highly valued and cherished gifts. 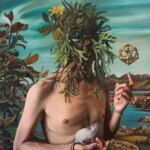